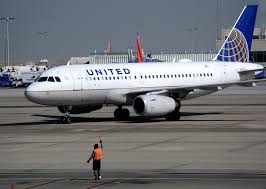 Over the past few years, United has been making all sorts of headlines…but not the kind of headlines they would want. But, is bad publicity better than no publicity? We aren’t sure in their case. The latest United misconduct happened just a few weeks ago when they were responsible for the death of a puppy.

Sophia and Catalina Robledo, a mother and daughter travelling together with their 10-month-old puppy from Houston to New York had a nightmare experience. When they got on board, the mother put the dog in his carrier but struggled to fit it under the seat in front of them. The united flight attendant told them they had to put their dog, with his carrier, into the overhead bin. Throughout the 3-and-a-half-hour trip, the dog barked for about 2 of those hours. When the barking stopped, the mother said she wanted to check on their dog to ensure he was fine, but there was too much turbulence and they were not allowed to stand up. Once the flight landed, they discovered that Kokkito had died during the trip.

In a statement United said: “This was a tragic accident that should never have occurred as pets should never be placed in the overhead bin. We assume full responsibility for this tragedy and express our deepest condolences.”

This incident has many people all around the world upset and angry, but who should take responsibility for the incident?

We could look at it from the family’s point of view; they felt forced to put their dog in the overhead bin. The flight attendant said it has to happen this way so the mother, not wanting to cause a scene or possibly get thrown off the flight, assumed well, if the attendant is telling me to do this, it obviously means it is okay to do so.

This could all be put down to he-said she-said because after the incident, the flight attended claimed that she did not realize there was a dog in the carrier and that she would never have told the family to put the dog up there if she had known. The family was clear about the fact that they did tell the attendant, but the airline says the attendant didn’t hear or understand the family.

WHAT BACKLASH DID UNITED RECEIVE?

As of last week, United’s net favorability had dropped to –2 from 26 on March 12, 2018. The public is not happy, and in a poll done on March 17-18, 25% of people said they would rather choose a longer, more expensive American Airlines flight over a United flight.

One of the biggest United scandals was one of David Dao, on April 9th, 2017, when United needed to bump 4 passengers from a flight. They had to make room for the 4 United employees. At this time, the airline offered anyone who would get off the plane an offer for $400 in flight vouchers, but when there were no takers, United had to randomly select 4 people to bump. 3 of the 4 were compliant, but the 4th passenger, Dr. David Dao was not. He told United he had to be on that flight to ensure he was at the hospital the next day for work. Security was called and Dr. Dao was forcefully removed from his seat. His head hit an armrest and he became unconscious. Security then dragged him out of the plane. Everyone on the plane was in shock and many were recording the incident (as we all do nowadays). The video went viral to say the least. CEO Oscar Munoz issued a statement claiming Dr. Dao was disruptive and they did what they had to do, but no one was buying that.

In another poll that was done in April 2017, 44% of people who said the same, that they would rather choose a longer, more expensive American Airlines flight over a United flight after the scandal over passenger’s forcible removal from a United plane. These percentages show that more people were upset about Dr. Dao’s treatment and abuse than the dog incident. However, both incidents were bad for United’s reputation and after the 2017 incident, their sales dropped by 69%.

As per the stats, it’s safe to say United needs to figure out what keeps going wrong, otherwise they will be forced to take greater measures to get their numbers back up to what they used to be. 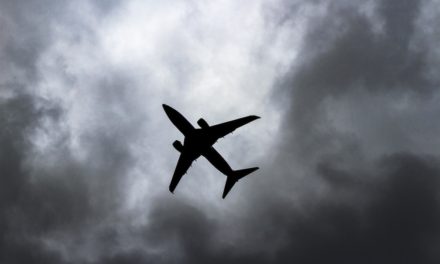 Must have travel accessories

Where to travel in March