Women In Business & Building A Brand 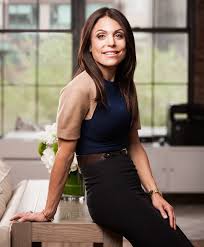 JT Foxx, the Worlds #1 Wealth Coach recently sat down with Bethenny Frankel, star of The Real Housewives Of New York, owner of Skinny Girl Margarita, recently added to the Shark Tank cast of Sharks, and highly successful business woman, about her journey to success, how she did it, the importance of never giving up, and being a woman in a heavily male dominated alcohol industry where Skinny Girl first got started. 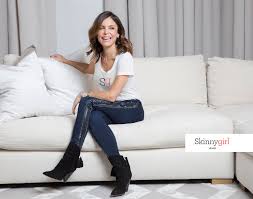 And of course, with Bethenny being a successful woman in business, JT kept the interview around women and how they are becoming unstoppable. Bethenny also made sure to highlight and talk about the great qualities that women have which make them fantastic in business and as entrepreneurs.  With women being one of the fastest growing segments in the business world, its import to hear from someone who has paved the way. Although Frankel might not have it all figured out, she has never given up and is always looking for the next opportunity to grow.

JT –   You wrote a book called I Suck At Relationships. What inspired you to write that?

B – But that is something women say to themselves to make them feel better, they say men “can’t handle me”.

JT – But what if you’re stuck in a relationship like for example, women come to an event and get inspired and excited and they start doing stuff, and their husband is here and then all of a sudden, they’re like ahhh then the husband can’t handle it and the women start thinking, well I have kids and now he’s not supporting me. So, what does one do?

B – No! For people that are getting into relationships who are single, I will say unless the other person is doing some philanthropy work or something scientific, it’s really hard to bridge that gap, so getting into balance is hard. But when you are married, you have to make it work.

JT – Women compromise more than men, and men are more one-sided. The man used to make more money,and now the women are skyrocketing.

B – I don’t know if you know this, but women have more wealth than men, 12% more than men. That’s something most people do not know but it’s true.

JT – Well I have been saying for a while that women are better at business than men. I find that women get that confidence that is often lacking, and they become unstoppable, do you agree?

B – I do agree. I think that women are good at multitasking, managing, delegating and are more organized, and those qualities you learn from being a mom are great qualities to have in business if channeled. It’s not about the idea, it’s about who executes it best.

JT – So I travel a lot around the world, and everyone in America knows you from the show, but for those who don’t know you or just know you purely from the show, who is Bethenny Frankel? What is your story?

B – Well, I started off with a production company. Then I was the largest importer of pashmina. Then I went to school to be a natural food chef and had a wheat, egg and dairy free cooking company but couldn’t produce enough to get a huge manufacturer to manufacture the food. After that, I did the Martha Stewart apprentice and I really wanted the job but I came in second.

B – Well, the girl who won was the kind of girl who fades into the background, does the job, and then becomes invisible.

JT – So they were intimidated by you?

JT – Well look at the reality show, Housewives Of New York City, there is a lot of drama and jealousy that goes on there, but I don’t know how much of that is for cameras…

B – It’s all real. I wouldn’t do it if it was not genuine and real.

JT – So yeah, there is a lot of jealousy there…

Then, I was in the Hamptons and someone approached me about a new show called, Manhattan Moms, and I was like well, A – I’m not wealthy and B – I don’t have kids. I turned it down because I wanted to be a chef. They kept pursuing me and pushing so I thought, well it is hard to get on tv and if it’s a disaster, no one will know. I was always the question mark character. They then changed the show to the Housewives, and I always wanted to have a signature cocktail, a healthy alcoholic beverage, and then I created this brand, Skinny Girl, in front of an audience.

Beam Suntory approached me about buying the licenses for Skinny Girl, but I said no, because they are just an alcohol brand, and what if I want to do more with my brand. I told them they can have skinny girl when she is holding the drink (I have a logo of a girl holding a drink) and the martini shaker, so I own the brand skinny girl which people don’t realize.

JT – Wow, incredible. Well before I take up all your time, I am going to hand over to Francie, she has a very important question for you.

As Francie started speaking, her mic cut out and stopped working. I want to take this opportunity before we carry on with the interview to talk about how well she handled the situation. She didn’t panic, she stayed calm and got the issue fixed.

Whether you’re on stage, in a meeting, or even just having a business conversation with someone, you have to be able and ready to tackle whatever comes at you. If you find yourself in a situation where something goes wrong or doesn’t go as planned, you need to stay calm and react well. An important aspect in business is always be ready.

Francie – Ok it’s my turn! The ladies are taking over, enough of the men.

B – Yes! I like it!!  Has anyone seen the last episodes of House of Cards when she says “My Turn” it’s like that B**ch was not kidding!

Francie – Yes enough of the men.

B – But what about all of the handsome men sitting here?

Francie – Yes, but I believe we have more successful businesswomen in the room than we have men, we still love the men though.

Francie – So Bethenny, as a highly successful woman in business, how important has PR and media been to really catapult you as a brand and take you to that next level?

B – Oh my gosh, I couldn’t even put a value on it. The internet is great, and I am a person that has really used what is in front of me to make a success. Time management is the most important thing. I honestly say that time is more valuable than money. And you need to be able to stop and say, “this is not worth my time, I need someone else to do this for me”.

Francie – And that is exactly what a PR company does. They do the work for you so you can put your time into other things and projects which really optimizes your time.

Bethenny Frankel is a woman who saw an opportunity, took it, ran and has never looked back. She has climbed to success by sticking to her guns, never giving up, and creating a brand that will last. She is the epitome of someone who started as one thing and ended as many, and women in business who are striving for her kind of success can take a page from her book.

She has also allowed her team to grow with her, as she understands the importance of not being able to do it on her own.  At one point while on stage, she acknowledges Megan, who is a member of her team that came with her to the event. Frankel then points out how Megan started with her as a assistant a few years ago, and as the business and brands have grown, her team has grown with her.  She then points out how Megan is now in charge of marketing and brand development for her, and how someone to replace Megan as an assistant had to be found.

If you then looked over a Megan, you could see that she wasn’t just there to watch and support, she was there for the branding and marketing element of the event.  That means that she was capturing photos of Frankel on stage, and posting them to social media channels like Instagram, Facebook, and Twitter. Then, later when Frankel was busy doing the meet and greet, she was there to add live moments to SnapChat and Insta-Stories, all in an effort to share with the social universe what Frankel is doing on a daily basis and help expose and grow the brand to the next level.

So as important as you are in your business, and as important as it is to find ways to continue to grow, we can’t do any of it if we don’t have a great team of people around us.  No one can do it all on their own, man or woman, doesn’t matter every single one of use needs help! 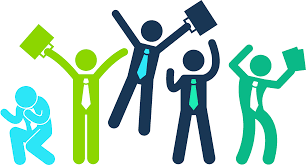 Your Customers want to buy; they just don’t want to be sold 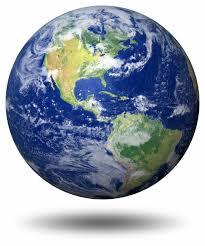 The Best And Worst Countries For Business 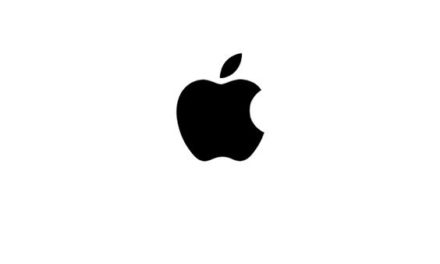 Launching a Startup… Easier or Harder than it was for Apple? 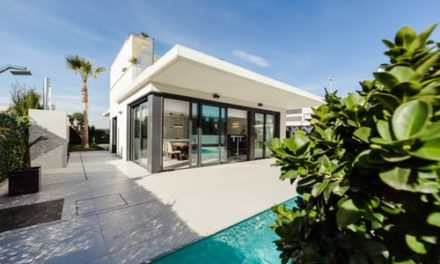 Retire with Your Dream Home